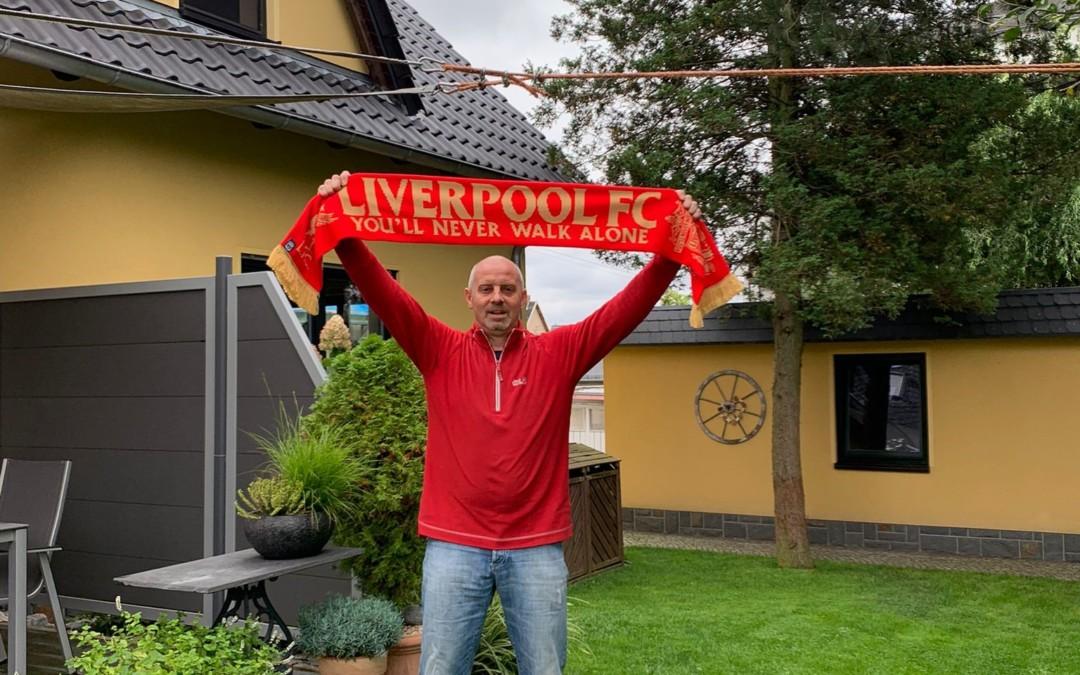 My name is Jens Hoppe. I am 52 years old and live in Chemnitz, a Saxony city with more than 200,000 inhabitants.
I have been married for 25 years and I have two adults daughters.

In my private life I enjoy the development of our two children, and I try to spend a lot of time with them. To relax, I also go jogging, preferably a little longer. I also love to travel and get to know new cities and countries.

I used to actively play football. Sometimes I go to an RB Leipzig football match or meet old colleagues in Berlin to watch the Ice Bears ice hockey team.

I studied business administration at the University of Applied Sciences in Mittweida from 1991 to 1995.

Since the 1st of September 2020 I am also a member of the MSK team as a Financial Manager. I am responsible for the accounts and controlling, the HR, IT and administration altogether for six colleagues at the moment.

Let me talk about this with a story I liked very much. After my 50th birthday, a special wish of mine should have come true. I’ve always wanted to enjoy a football game at Anfield Road, my favorite football club in the UK, Liverpool FC. A friend and I booked tickets with a flight and hotel for the game against Crystal Palace on March 20, 2020. A week before our trip to Liverpool, the team was leading the championship and only needed one win in the next game – our match.

But then Corona came and all my dreams were destroyed.

A few weeks later, Liverpool won the championship and I heard an impressive story about Liverpool’s German coach, Jurgen Klopp. 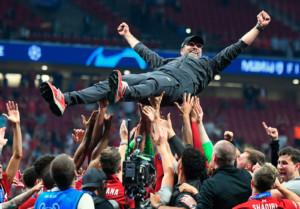 Five very important lessons from “Super-Coach” and “The Normal-One” – What can we learn from that?

The moment has now become legend: on October 9, 2015, the freshly hired head coach of Liverpool FC, Jürgen Klopp, was asked at his very first press conference how he would describe himself, similar to if Jose Mourinho were the “Special One”. Klopp’s spontaneous answer: “I come from a small village in the Black Forest. Maybe you can just call me “The Normal One”. And indeed, in the years that followed, it was this unique mixture of humility, an enormous urge to win and the deep understanding of his fellow man, that inspired Liverpool FC after 30 long years of waiting with different coaches.

Quite often stories from sport can show us something about our private or professional life. And that’s exactly why I’m going to try to describe 5 magical lessons with which “The Normal One”, Jürgen Klopp, can teach us something about leadership in business and life.

On June 26, 2020, Liverpool’s first championship in 30 years was within reach. Rival and second in the table, Manchester City only had to lose the game against Chelsea.

And in fact it was 2-1 for the Londoners a few minutes before the end. Jürgen Klopp, who followed the game with his team in front of the TV, picked up his phone seconds before the final whistle and called his mother.

“I called my family 30 seconds before the final. I told them that I like them and they told me that they like me. We couldn’t be together in that moment, which wasn’t nice, but couldn’t be changed. Then I put the phone on the table and told them, ‘Leave it on because something special is going to happen here in a few seconds.’ In this way I could share the spontaneous master party with the people who are so important to me. An aspect that I really enjoyed on this extraordinary evening.”

Who are your cheerleaders, at work and in personal life? Who should you give a spontaneous call to today to share a special moment with?

When Klopp started as a coach in Liverpool, he made numerous changes to the processes. This included putting the training times at exactly the same time of day as the kick-off for the next game. This created noticeable resentment and resistance in the team because the players now had less time for their families and could no longer be reliably involved in their own family activities. Jürgen Klopp listened carefully to the feedback from his players and reversed the change a short time later. Thanks: the players went into the matches with even greater commitment and determination and thanked in their own way that the boss had not insisted stubbornly on his first ideas.

Who could you listen to change the way you lead your life or team?

Klopp shows us that an effective leader does not have to be an absolute ruler. His mantra is: “You can’t have enough experts to support you.” And Klopp implements what he advises.

Thanks to his initiative, there is now a coach for throw-ins at Liverpool FC (Thomas Grønnemark). He also lured fitness trainer Andreas Kornmeyer and nutritionist Mona Nemmer from Bayern Munich to Liverpool. And the office right next to his is the head of the scouting department, Michael Edwards, which Klopp considers extremely important.

Klopp’s management style in his own formulation: “For me it is enough to have the first and the last word. We can discuss everything in between!”

Which experts could help you to gradually change and improve your business or your life? And what should you urgently delegate to someone else?

It is no longer a secret that Klopp attaches great importance to staying informed about the birthdays of all team members, including the employees in the office, no matter how small their role. Everyone then receives a personal congratulation from him.

Jürgen also wants to know about private problems that affect his team. This also includes, for example, more serious illnesses in players’ families. As soon as he knows about it, he seeks the conversation, shows genuine interest and understanding and offers his support.

One of those players who has experienced a meteoric rise under him is offensive all-rounder Sadio Mane. The Senegalese said of his coach: “Sure, he’s funny, but at the same time a really serious guy. When I talk to him off the field, it’s usually about personal things, about life and lifestyle – and that’s what matters to me. I think I have someone in him that I can really confide in. ”

Do you also congratulate the “players on your team” on their birthdays and do you know what is going on in their private lives? Do you talk to them regularly about the really important things in life?

For Klopp, the practice area, i.e. the training ground, is sacred. This can be seen in the fact that he still personally leads every training session. He has never deviated from his core philosophy that every player can keep improving through effective coaching and constant practice.

Roberto Firmino, for example, said: “I think I’ve improved a lot in every way: physically, tactically, mentally. I’ve learned something from every aspect. And that’s why I never tire of praising Jürgen Klopp. He does so many good things on and off the pitch. He brings us forward every day. We learn so much from him in every way. ”

How do you help your co-workers or friends to improve every day?

I think all managers and line leaders in the MSK Group can learn a lot from the “normal one”, Jürgen Klopp.

By the way, while I was writing these lines, Liverpool played against Crystal Palace again on September 18, 2021 and won 3-0. Sometime I’ll watch a Liverpool match live at Anfield Road. I’m already looking forward to it today.